All hail our summer visitors!

Oh, the times they are-a-changin’ in Jersey. The hallowed Big Four surf fish of striped bass, bluefish, fluke and weakfish are now getting edged out by competition from the south.

Warming water temperature trends over the past decade combined with seasonal warm water eddies spinning inshore have brought in a new lineup of denizens of the deep to Jersey waters in the summer. How about a hit list of Spanish mackerel, Atlantic bonito, triggerfish, sheepshead, cobia and pompano? No, it’s not Florida, this is New Jersey, and these wild species are all available from the Jersey, and Delaware shoreline if you play your cards right.

Built like speeding bullets, Spanish make their presence known in July and August when the water temps are running between 72 to 80 degrees. While blindcasting works fine, their presence is usually betrayed by their wild vaulting jumps clear out of the water where they can go airborne, sometimes as high as 5 feet over a 10-foot length of surface before landing. Drags should be set light as their ripping runs will snap lines if buckled down too tight. Due to their serrated teeth, a 5-foot section of 25- to 30-pound fluorocarbon leader is recommended. Lures are metals like 1.4-ounce Williamson Gomoku jigs, Deadly Dick #4, Tsunami Slimwaves and Hogy Epoxy jigs. Rip them back as fast as you can. A huge concentration of Spanish seems to gravitate to the area from Manasquan Inlet to Barnegat Inlet. 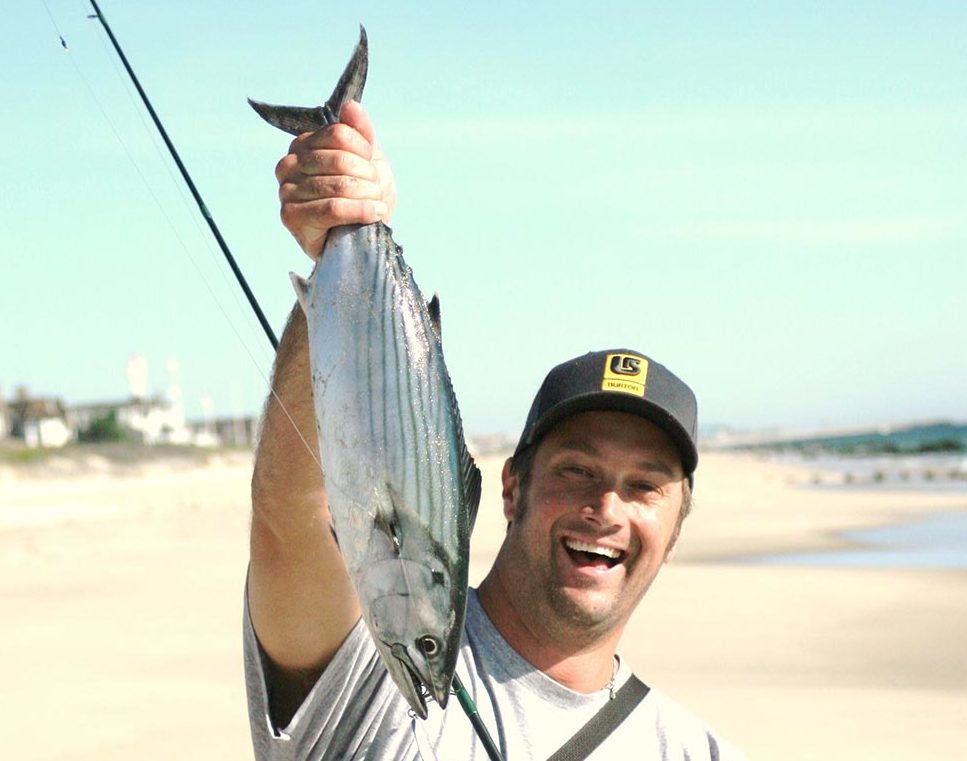 Bones have been making their appearance generally from July through October and can tolerate waters that are cooler between 63 to 75 degrees. Another speedster like the Spanish, bones will patrol the surfline picking off rainfish, bay anchovies and spearing and love a fast presentation. They also have small serrated teeth so a 5-foot section 25- to 30-pound Seaguar fluorocarbon leader is again recommended to prevent bite offs. Small thin profile lures are again effective like those used on the Spanish macks, as well as Joe Baggs or Tsunami Forktail Candy jigs. Bonito also seem to run heavy in the central and northern parts of the state from Bay Head and Point Pleasant up through Spring Lake and the Highlands. Bones are fantastic fun on the fly rod with a surf candy or clouser minnow if you hit it right on a blitz. 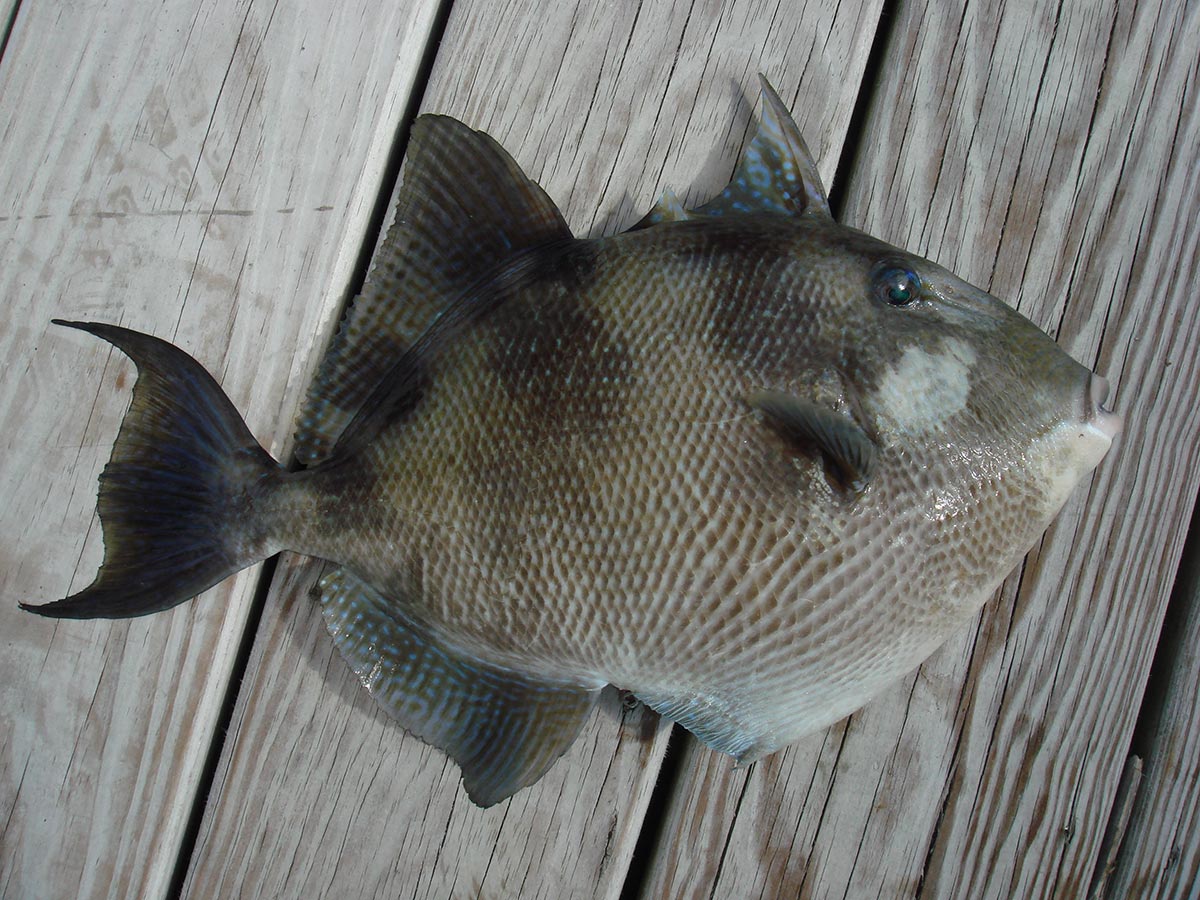 Not a newcomer, but definitely more prevalent in recent years is the gray triggerfish. Inlet anglers have been pulling on the triggers with regularity through the summer, but the modus operandi is to scale down your hooks to a size #6 beak hook and bait up with tiny bits of clam or squid to effectively get past the beak of the trigger and plant the barb. Most triggers will stay around the inlet rocks from June through October and simmer in waters anywhere from 64 to 80 degrees. Rockpiles and jetties from Bay Head to LBI, and Ocean City and Cape May will all hold triggers.

No doubt, you’ve heard of the sheepshead in the area in recent years and the first one I heard about this year was caught by Chris Smith from the IBSP surf in mid-May, though generally they’ve been showing up from June through September. The thing with Jersey sheeps is that they are not small, and any you find in the Garden State will generally be in the 6- to 14-pound range, true trophies. I still can’t figure out why we only find monsters here. For the most part, water temps between 65 and 75 degrees will hold them to local waters and hands down the best baits are Asian crabs; in a pinch you can use calico crabs, white leggers or green crabs. They feed almost identical to blackfish, so the same rigs and hookset applies i.e. Virginia #2 to #4 hooks or Gamakatsu 3/0 Octopus hooks and a quick two-tap hookset. Target all the inlet jetties and bridges from Barnegat Inlet south focusing on the Wildwood, and Cape May area rocks. 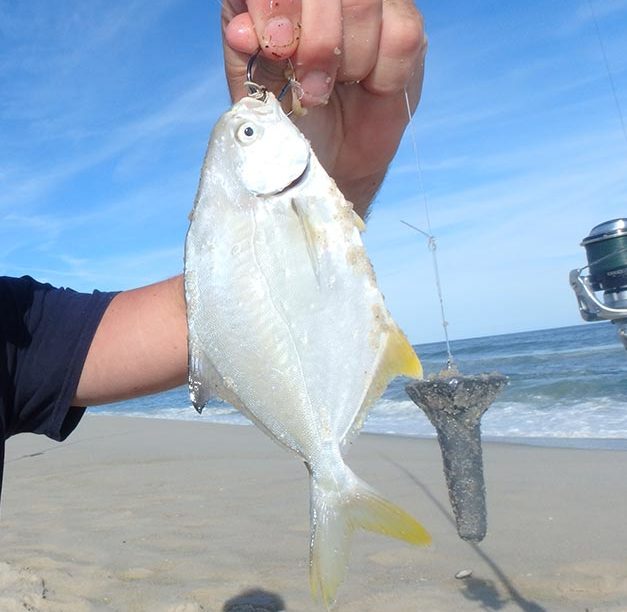 Bazillions of juvenile pompano get caught in the mullet nets in September, especially in South Jersey haunts like Sea isle and Ocean City.  Pompano generally can be found from August to September when water temps range from 68 to 80 degrees. Most are really small like 3 to 5 inches long, but there’s been a surge of larger fish from 1 to 3 pounds moving in during the past two years that makes me think we could truly have a solid pompano fishery in the late summer and early fall. Hooks need to be scaled down again to size #4 to #8 beak or English style hooks on pill float rigs. The float rigs you usually use for northern kingfish work just perfectly. Bait up with some freshly dug sand fleas in the undertow wash, or use Fishbites bloodworm strips, shrimp or tiny bits of clam on the hook. Most fish are caught south of Manasquan Inlet, with hot spots around Sea Isle City and Cape May.

Cobia?  Yeah, that’s right. Fisherman contributor Bob Misak dispelled all the rumors and innuendos last year on July 8 when he chunked bunker and landed a 20-pound class cobia in the Central Jersey surf.  Boaters usually see cobes hanging around the bell buoys and lobster pots from July through September when the waters are between 65 to 80 degrees and best shots at cobia from the shore are again around inlets. Last year cobia were hanging directly off Manasquan Inlet in July. Try tossing live eels or bucktails tipped with long 6-inch curly grub tails off the jetty rocks or simply chunk bunker or mullet on float rigs in the surf. Best spots seem to be around long jetty tips like at Cape May Inlet, or Barnegat Inlet.

Though it had been done long before me but forgotten to the passage of time, in 1998, I re-pioneered surf shark fishing in New Jersey and though I didn’t let the cat out of the bag until 2005 in an article in The Fisherman.  The shark fishery still thrives, though brown sharks and sand tigers are off limits; blacktips and spinners of course are still in the mix.  A lot of folks started doing it, especially with the influx of predators to our beaches. Recent changes in regulations have put a near stranglehold on the fishery, but shark fishing from the surf is a viable option in the summer when legal species such as blacktips and spinners abound.

All browns, duskies and sand tigers you may tangle with in the wash must be immediately released and not be taken out of the water; if you are shark fishing for legal species, make sure you know the immediacy of non-legal sharks to be released. Most tackle shops will sell surf shark rigs, pick one up and gear up big, and I mean big like 12-foot rods and 20000 class reels spooled with 65-pound braid and 150-pound leader if you want to land one.

These are just the summertime exotics, though take notice that there’s a bunch of other oddities in Jersey surf waters through the fall including speckled trout and red drum, but I’ll leave that for another article down the road. Meantime, hit the summer surf and put some excellent exotics onto the sands! 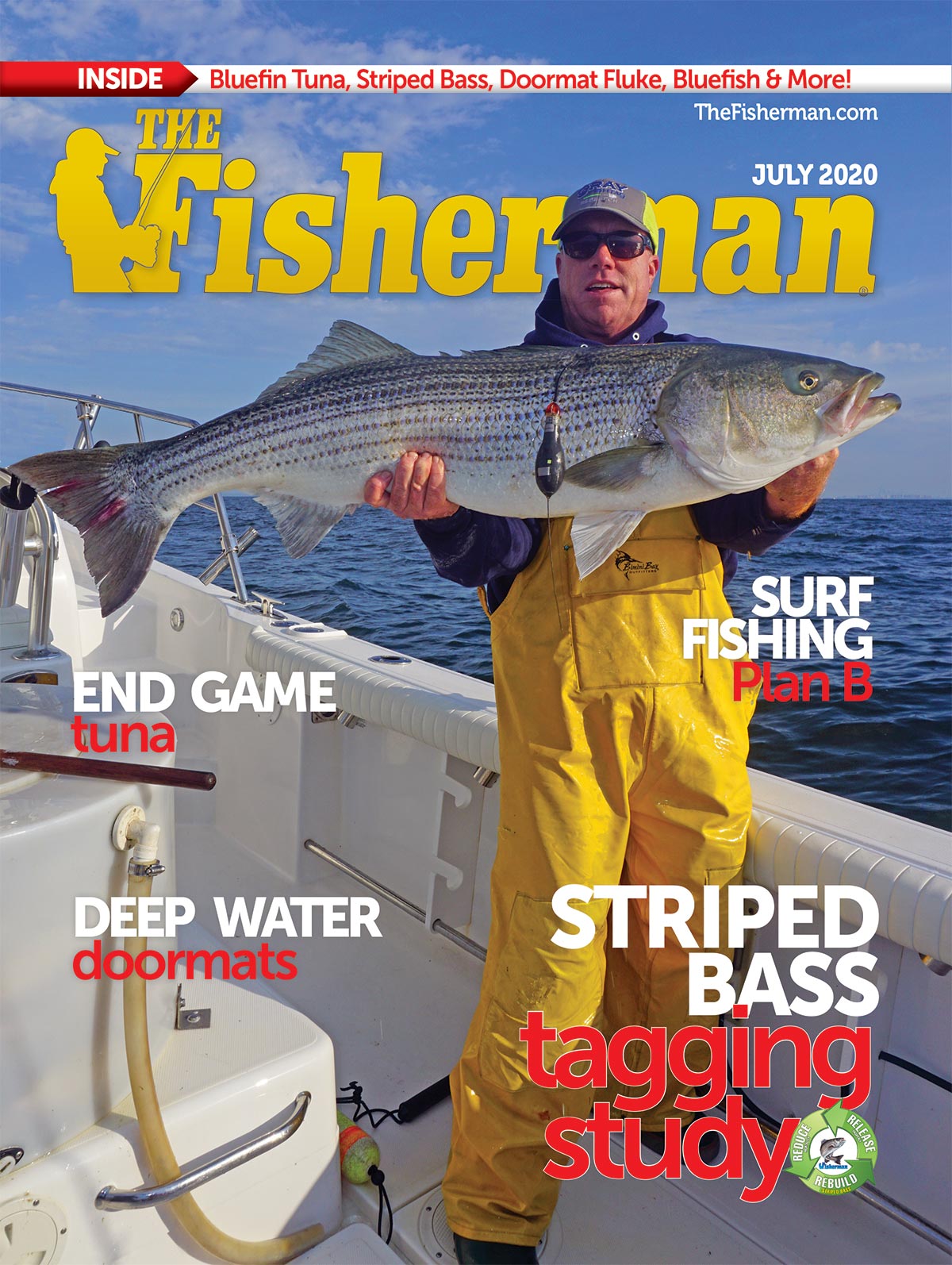 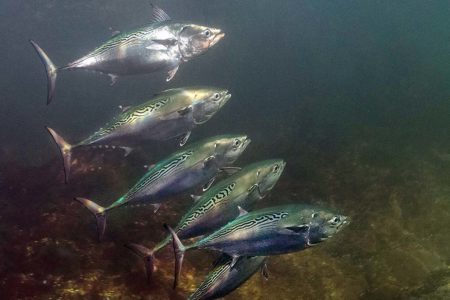 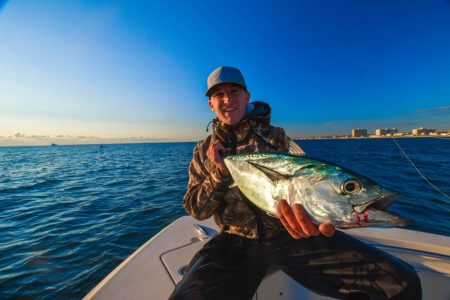 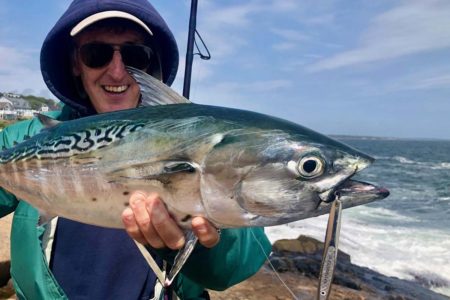