More than a few of those lures in your surf bag just might score you that personal-best largemouth bass this season.

In scientific research, there is a saying that some researchers conduct their studies “in a silo.” This means that some scientists, who are often less productive and close minded, get so focused on their own work that they miss opportunities to apply new and emerging techniques from other fields to their own projects. This leads to stagnation and stifles innovation. Conversely, the very best researchers are those who are creative and open-minded enough to see opportunities in other fields of work, and use methodology and information derived outside their own field to make new discoveries.

So it goes with fishermen. Sometimes we get so obsessed or focused on our species of choice, that we grow blind to new opportunities to pursue them, both in terms of technique (presentation or location) and technology (lures or gear). Some of the very best and most “famous” fishermen are those that think creatively, collaboratively, and adapt techniques from other angling pursuits to fit their own goals. This is true across the board, from trout fishermen to tuna fishermen.

Knowing this, I recently began taking a closer look at some of my favorite saltwater lures that I use regularly and considered how I could adapt them to freshwater fishing. I took a step back and thought about my goals and how I was approaching a few different scenarios and if, or how, I could catch more large and smallmouth bass with the striper lures I already had on hand. The results, even after just a season or two of trying, have been promising; here is a little of what I have found.

I have said it before in previous articles, and I will continue to hammer the point for the next 50 years, how you present your lure is everything. You can take the very best lure in the world, present it incorrectly, and never catch a fish ever again. At the other end of the spectrum, I believe that if you are at least close in profile and action, even if you’re off a little on the details, a well-presented lure will catch fish and be effective the majority of the time. Therefore, we must always be thinking about how the predator is behaving, how the prey is behaving, and where and how the fish are holding in their environment. I begin every fishing trip starting with this in mind. It may sound somewhat rudimentary, but I challenge you to think about how many times you have perhaps gone to the water and instead of stopping to analyze the situation, you simply snapped on the last lure you caught a fish on, or one you are particularly fond of, with no thought to the current conditions.

Given how important presentation is, I argue adamantly that it simply does not matter what the original intention of the lure was, as long as it gets the job done. Case in point, I am a mixed shore and kayak freshwater fisherman, and am challenged often by not being able to reach fish if I am shore bound. To address this, last season I decided I would try using the Daiwa Salt-Pro Minnow (SP Minnow) for largemouth bass (LMB for short.) The SP minnow is currently one of the most popular saltwater lures in the Northeast (Some might even argue it’s overused..) It has become the first plastic swimmer out of a surf bag or tackle box for a vast swath of fishermen not only because it is so effective at catching fish, but also because it casts incredibly well. I’m sure someone else has already been using it in freshwater for bass, so I am not claiming I am the first, but as of last year I had not heard of any of my friends doing so.

I decided to give it a try beginning in March 2019, and mostly used the smaller 5-1/8-inch size, because it was easier to cast on my freshwater gear, versus the 6-inch model. Yet, in terms of vast spectrum of freshwater lures, even the 5-1/8-inch is actually a moderately-sized freshwater profile by many standards. What I found was that it was particularly effective for one thing: reaching drop-offs from shore. We tend to focus on casting distance more in the saltwater, but for shore-based freshwater fishermen, distance can matter just as much. Results came quickly; I caught my second-largest LMB of 2019 and some monster pickerel in very early April using the SP minnow to reach the edges of a huge, weedy flat. At least 60% of the cast is pointless, as the water is too shallow to hold fish early in the year, yet there is no other way to reach the deeper water from shore; wading is impossible due to the muck at the bottom.

I utilized the SP minnow by casting it out and then slowly working it like a jerk bait, letting it gently sink towards the bottom. Once I started to get close and into the weeds, I would burn it in and could generally keep it from hanging up. Seeing its effectiveness in both catching fish and reaching water I never had access to from shore was really exciting, and I felt foolish for not trying an SP minnow sooner. I look forward to using it again this spring to leverage areas previously out of reach for me from shore, and using the larger sinking size to get down deep.

Later in the year I leveraged another favorite of mine. If you follow any of my writing you know I’m a devout Lunker City Slug-Go user in a variety of surf fishing scenarios. While these lures were originally designed for freshwater, the 9-inch size quickly became associated primarily with striped bass and other saltwater species. This is also a missed opportunity.

As I’ve written about previously in The Fisherman, one of the great things about Slug-Go’s is that they can be used in heavy, weeded cover, and you can drag them right across the tops of lily pads. However, I had not tried this with the 9-inch size until 2019, instead using the 2.5- to 6-inch sizes in the past. My experience this past season was a positive one; the 7- and 9-inch baits offer big profiles that are hard for many bucket-mouths to pass up—especially at night—and I landed fish over 5 pounds on both sizes. But the Slug-Go is also very versatile, and I found using them as a suspending jerk bait, just like a Megabass or Rapala, was also very effective during both the spring and summer. I actually think they look even more natural in the water than hard jerk baits, although you can’t get them to truly suspend. However, with only a single weed-less hook, you can drag them right along heavy bottom structure with fewer lost lures. Therefore, I find it surprising that the larger sizes (particularly the 9-inch) are not used for LMB more often in New England, particularly because soft plastics of other various brands and sizes are so popular with bass fishermen nationwide.

The use of huge swimbaits for largemouth bass is all the craze these days. This trend started sometime in the 1980s in California, and it has spread across the nation and even the globe. The biggest drawback is that they are often extremely expensive, regularly eclipsing the $100 mark and far, far beyond. True, they are typically hand-made in small batches, highly tested and refined, and often look like pieces of art, but their cost puts them out of reach for many anglers. Even some mass-produced swim bait lures sold by some bigger companies tend to be pricier than one might expect.

Feeling that prices have gotten a bit out of control, I decided to try the Sebile Magic Swimmer last year in Maine for LMB. I think the vast majority of Northeast anglers think of this lure as nothing more than a Canal striper plug and may not even realize it’s available in a vast array of sizes very well suited for bass, pike, pickerel, and even large trout. In fact, if you head on over to YouTube, there appears to be more videos about its use in the Canal than for all other species combined! They have been proven highly effectively for a diverse array of species, both fresh and salt, while also being amongst the cheapest swimbaits available, costing between $10 and $21. Yet, for some reason it is often overlooked in favor of other very similar lures for LMB. I bet some of you reading this have not even really considered that the Magic Swimmer is even a swim bait!

While I haven’t caught any monsters on this lure yet, I did catch many 2- to 4-pound fish on the 5-inch version over the last season. I am excited to further test the 7-inch model in 2020, and I also see no reason the 9-inch wouldn’t work as well as some of the other massive swimbaits out there right now that cost up to 10 times as much.

I’ve given you some actual lure options in this article, but my point is not the specifics. Instead, I urge you to take a look at what and how you’re fishing, regardless of species, and think about what it is you’re trying to accomplish. There may be opportunities to use lures from many other disciplines—not just striper plugs—across all your angling pursuits for the coming 2020 season. Do not be biased by the lure label, or original intended use, but instead think about your needs and find the right tool for the job. As the now-famous striper fisherman John Skinner is often quoted as saying about rods, reels, and lures, “these are just tools.” Try stepping outside your “silo” this season, and look to make a breakthrough. 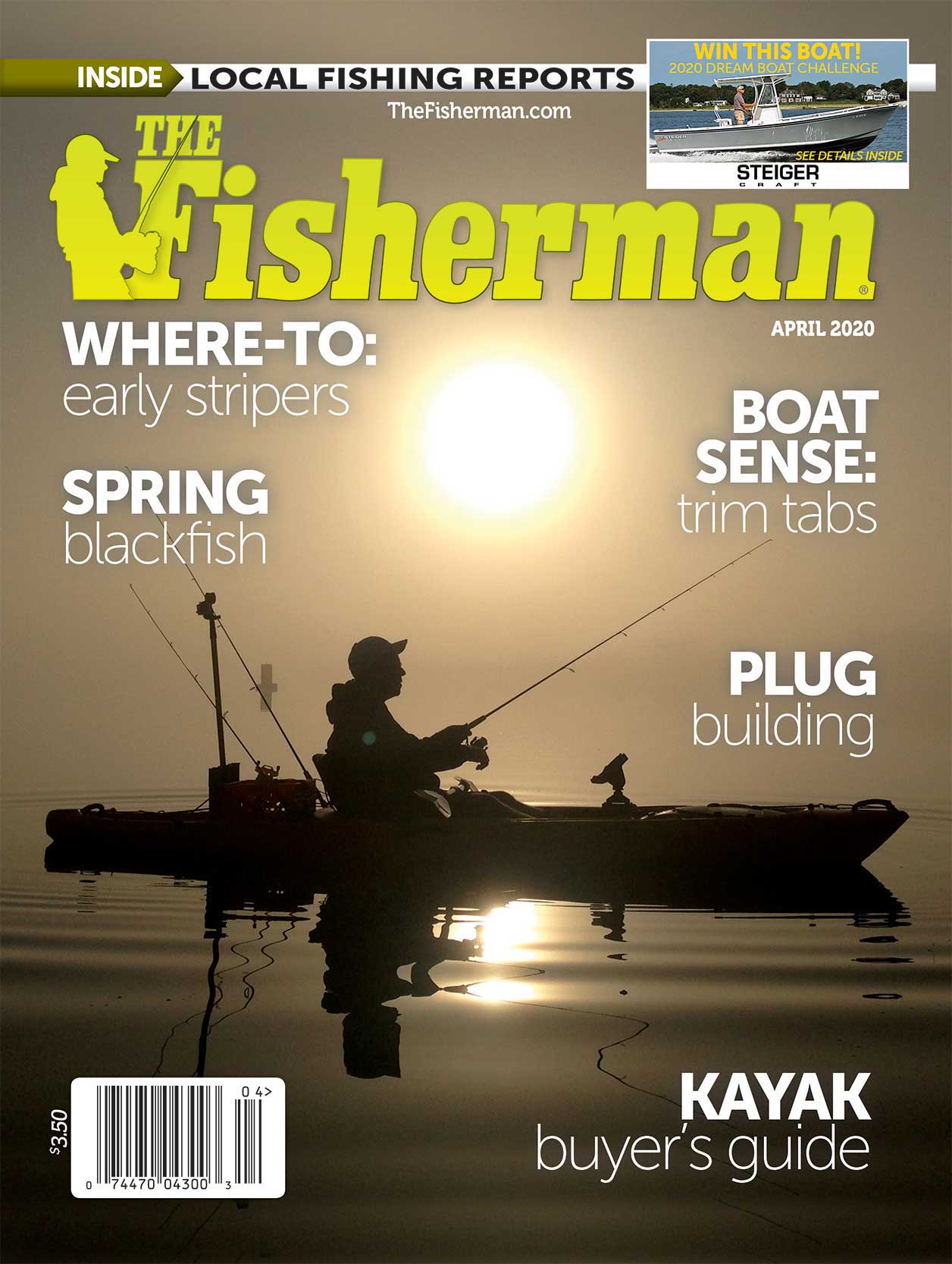 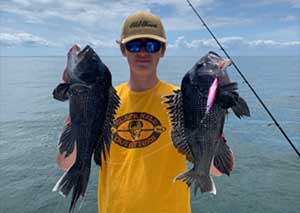 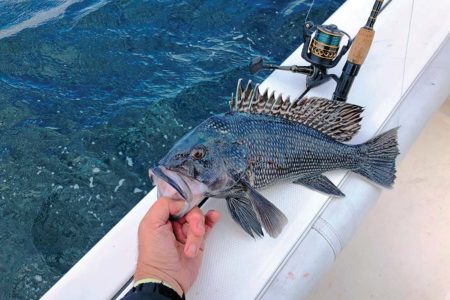 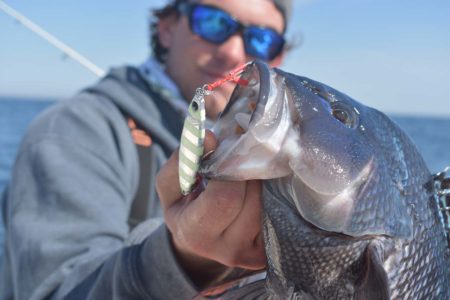