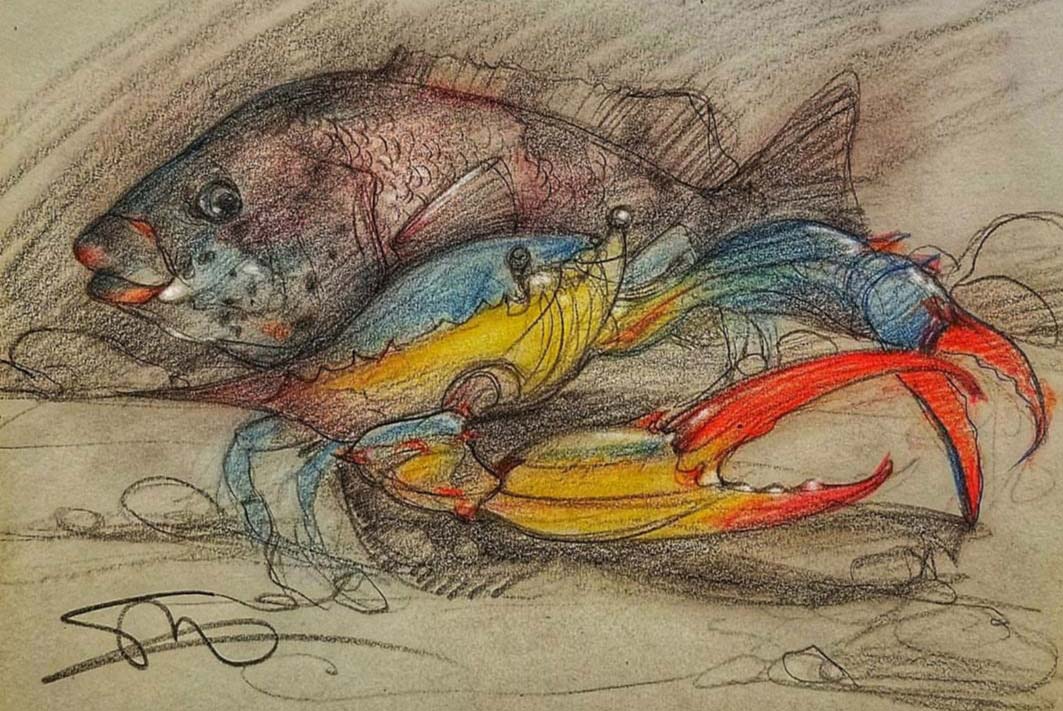 Tog fishing during the late fall in these waters are for the big leaguers since you’re going to be playing with some big togs, deep-water and strong currents.

Now that November has arrived, both forks of the island see an influx of quality blackfish. In reality, the days when anglers used to pack coolers of slob togs in these areas are now just a distant memory. Fret not as there still are double-digit togs around, just not at the quantity that used to be available. Thankfully, the fishery is in good shape, so who knows what tomorrow will bring. In the meantime, with a bit of know-how, putting a limit in the box shouldn’t be difficult.

Know Before You Go

The hot spots listed below are intended to be fished in fair weather. The waters of Block Island Sound shares its duty with the deep blue Atlantic and Long Island Sound. Tidal currents can flow extremely fast, especially during the new and full moon phases. Heavy weather can add to the speed, therefore, I strongly advise when planning a trip out to these waters to be sure light winds are forecasted for at least two days straight with a steady barometer. In addition, if at all possible, try planning to fish one week before or after the full and new moon when currents at these spots are at its slowest, which will allow for lighter lead and jigs to be used. It will also make anchoring and lifting the anchor an easier task.

During the lunar phases, 8 to 20 ounces of lead is often required to hold bottom, however during the first and 3rd quarter of the moon phase sinkers from 3 to 8 ounces will usually hold bottom with a much better feel of soft tapping togs, especially while employing jigs. If fishing during the new and full moon is the only option, try fishing the last two hours of incoming or the first hour of the outgoing tides, which offers the best shot of success during a narrow window of opportunity. 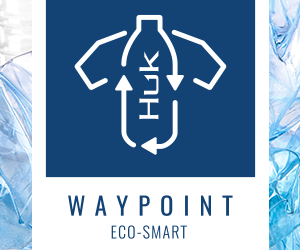 Hot Spots For November And December

Southwest Ledge, 10 miles east of Montauk, is probably the furthest hike to red hot blackfish grounds. Providing there are calm conditions, the hike to this piece of turf is well worth the run, being a solid producer of bully togs to double digit proportions during November and December. Southwest Ledge is actually a series of ledges lying between 40 and 70 feet of water. The area can be identified by Buoy 2 (better known as the Submarine Buoy) on the deeper end, and Buoy 4 on the rocky shallower end. The ledge is a massive area, so it’s important to use your electronics to narrow down specific pieces of structure and rock piles that are holding fish.

Constellation Rock along the North Fork is a 7.5-mile steam east of Orient Point and you’ll come to nun Buoy 2 otherwise known as Constellation Rock, which borders the southern section of the Sluiceway and a portion of The Race complex, Constellation Rock is actually one of many huge boulders that clutter an area of The Race, with some boulders being as big as houses, compliments of the carvings of glaciers during the Ice Age. Water depth varies due to the height of the boulders, with some spots as deep as 60 feet, and as shallow as 25 feet over the big stones.  With the right touch, you can fish Constellation as well as some of the other boulders during the hardest of tides, providing you set an anchor on the opposite side of the current and directly behind the rock. The boulders will block the force of the current causing it to bottleneck between the boulders and upwells over the rock, which creates comparatively sheltered water for big blackfish and a food chain of mussels, crabs, and bivalves for the sea bass and platter size scup to feed on certain times of the year.

Cartwright Grounds is a superior area for a double-digit fluke from July through September, the Cartwright Grounds located approximately six miles south of Montauk Point, is a 7-mile radius of rocky lair resting in 80 to 100 feet of water known as the Cartwright Grounds. Back in the day, this area was strongly relied upon among the Montauk’s party and charter boat fleet during the winter codfish season. These days, November and December has traded codfish for blackfish at Cartwright making it another great location to focus on during these times of the year.

Watch Hill at the southwest corner of Rhode Island, the Watch Hill Reef “Complex,” as it is often called by fishermen, stretches from the base of Watch Hill to Fishers Island. The main sections of the complex are Watch Hill Reef, Sugar Reef, Catumb Rocks, and the reefs and drop-offs near Lords and Wicopesset passages. The rugged bottom combined with the strong currents moving in and out of Long Island Sound creates an incredible inshore fishing hotspot for a slew of species. Come each November; however, open, charter and private boats from Montauk, Orient Point, Connecticut and Rhode Island set up shop for exceptional catches of tog to 16-pounds. With such a large complex of fertile grounds, boatmen must strongly rely on depth recorders and GPS plotters to search out and anchor over the countless productive pieces of rocks, reefs and passages. Caution must be advised as there are areas on Sugar Reef and Catumb Rocks where a boater can run aground. You’ll want to use your common sense and follow the lead of other boaters and fishermen working the area if you are not familiar with the complex.

Again, some 101 and your GPS can put you exactly on or close to where you want to be. Anchoring and fishing over rocks and boulders is always relevant, especially in deep water with strong currents. Therefore anchors suited to handle the size of your vessel is paramount, as is the length and diameter of the anchor chain. The longer the chain, the quicker an anchor will set. A 12-foot length of galvanized chain to match the size of the anchor is ideal.

Just as important is the length of anchor line required to hold and move around over an area you intend to fish. Since you’ll be fishing depths to as much as 95 feet, depending on tide and wind, figure on four to seven times the amount of scope to hold in the depth you are fishing. Since there is always the possibility of the anchor getting wedged in between a sticky piece of structure, an extra anchor system should be stored aboard as a backup, which is always part of the arsenal in any serious tog fisherman’s tote. When it becomes time to lift the anchor, you’ll want to resort to an anchor ball which makes life a lot easier especially during the moon tides when lifting the anchor becomes a tough job.

Tog fishing during the late fall in these waters are for the big leaguers since you’re going to be playing with some big togs, deep-water and strong currents. With this in mind, you’re going to need the sticks with backbone and the reels to handle the pressure. A stout 6- or 7-foot graphite rod rated from 30 to 40 pounds with a fast-tapered tip matched to a 3/0 or 4/0 class conventional reel and spooled with a quality braid no less than 40-pound test. I would recommend the use of a 40-pound test shock leader approximately 8 to 10 feet in length in either mono or fluorocarbon via an Albright Knot. Fluorocarbon would be beneficial for anglers employing jigs since this particular material has minimal visibility in the water which will increase the chances of duping the big tog.

As for rigging, standard blackfish rigs will produce many big tog from these waters. My preference consists of approximately eight feet of 40-pound fluorocarbon leader with a dropper loop tied 10 to 12 inches above the sinker. I’ll attach a super sharp Gamakatsu 3/0 octopus hook pre-snelled to a short 6-inch leader, which allows for less twisting of the line equating to minimal spin of the baited rig and quick penetration to an unsuspecting tog. Sinkers ranging from 3 to 20 ounces will round out the terminal end applying it to a surgeon’s end loop knot. All the standard hard baits of green, Asian, hermits and white legger crabs will produce once the waters have cooled to where the porgies and sea bass have left the grounds for the season.

While jigging for blackfish is nothing new, the advantages of a blackfish jig are numerous and hard to ignore. And contrary to what most tog angler’s fear, hang ups are far less than a typical baited rig. These days, most bait shops are flooded with selections of tog rigs, but the one that caught my eye are Joebaggs Togzilla Lay Perfect Jigs, which are also used and written by New England Managing Editor Toby Lapinski in his neck of the woods. The Togzilla LPJ’s are made with the shape designed to slice through the water column in a compact nature with the hook riding upright to stay clear of rocky snags during much of a retrieve, which makes the user less dependent on sitting stagnant, waiting for a tog to come along.

The LPJ’s are designed to prod and poke at every nook and crevice where a tog might be hiding with a minimal chance of getting hung up in the rocks. The LPJ’s come in several sizes from a half-ounce to 4 ounces, which suits the deep-water fine when fished during the slower currents. The LPJ’s also come in several designs to make the jig blend in among the filtered light and varied bottom where blackfish situate. The green crab colors blend in nicely when applying a chunk of real green crab to the hook and will produce well much of the season, whereas the white crab scheme will produce best when applying small whole or a half of white crabs, which is best employed during the late season or when those double-digit togs are there and waiting for their favorite meal. To checkout their selection of tog jigs as well as other goodies that are sure to give you more of a variety of species in the box, go to joebaggsoutdoors.com.

There you have it, remember to dress warm and wear your boots and Grundens. Make sure the electronics are all operating, especially the VHF radio and that all your anchoring and fishing gear are in shape and ready to go. Remember, most of those big white chins are females that will be spawning this spring if you safely release them. Besides the smaller males make a much better table fare. Let your conscience be the judge. Just remember to have fun and stay safe. 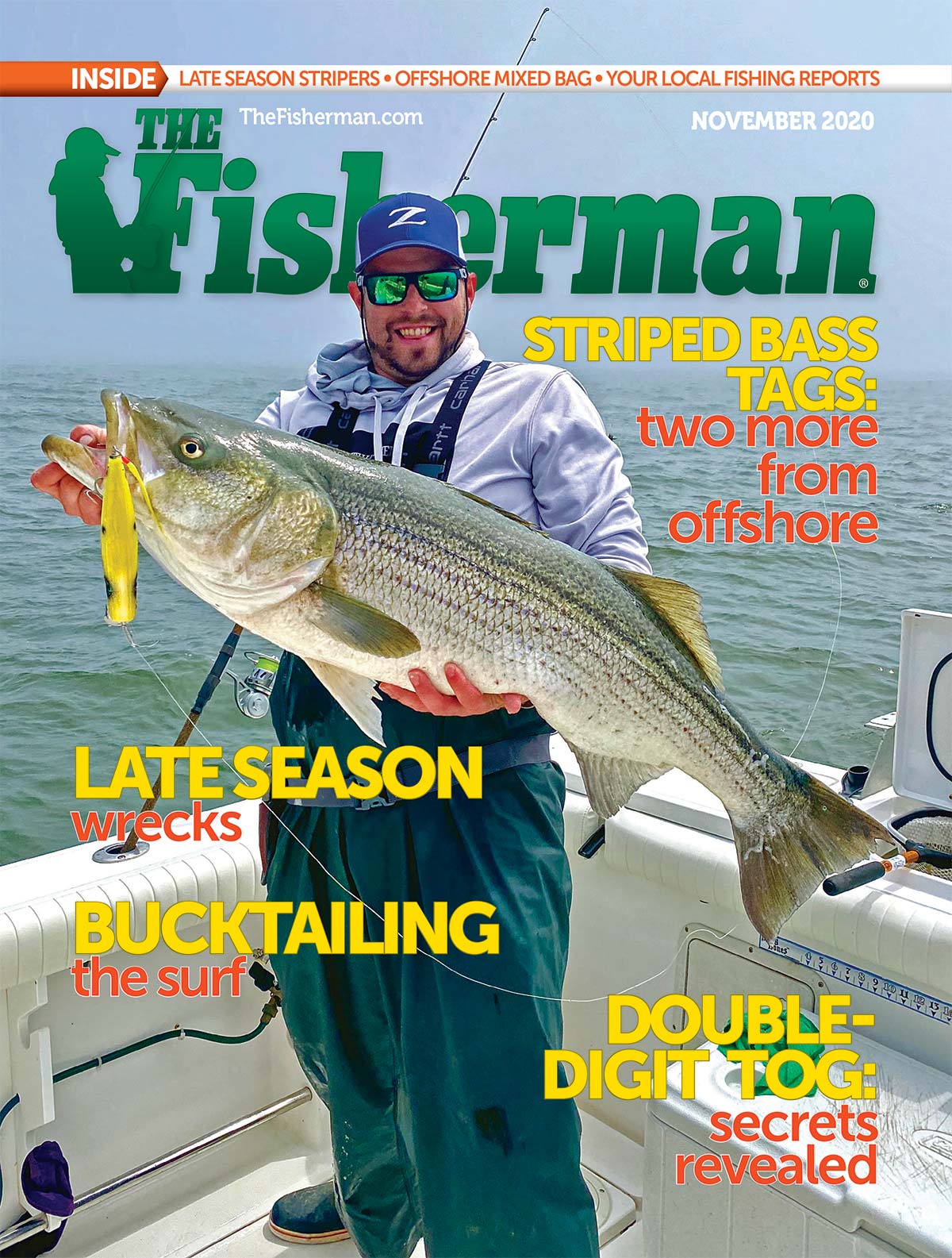 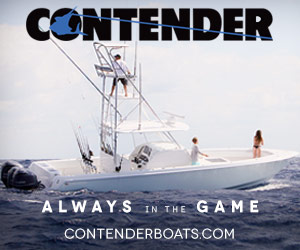 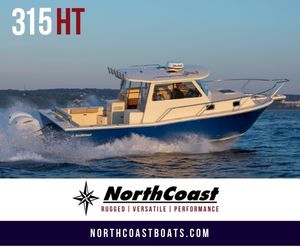 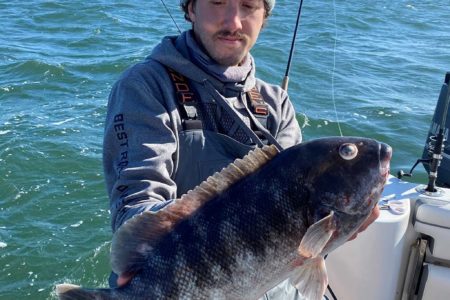 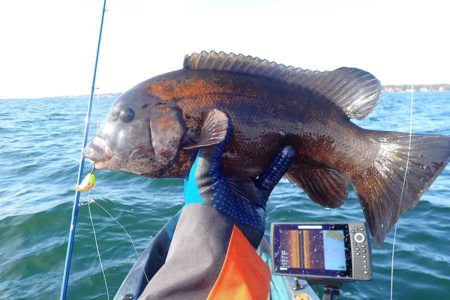 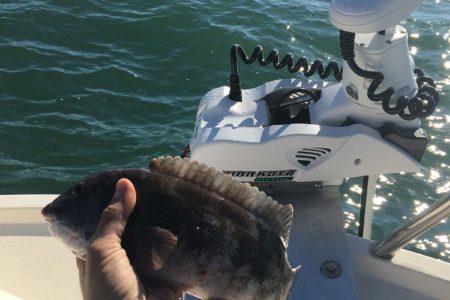