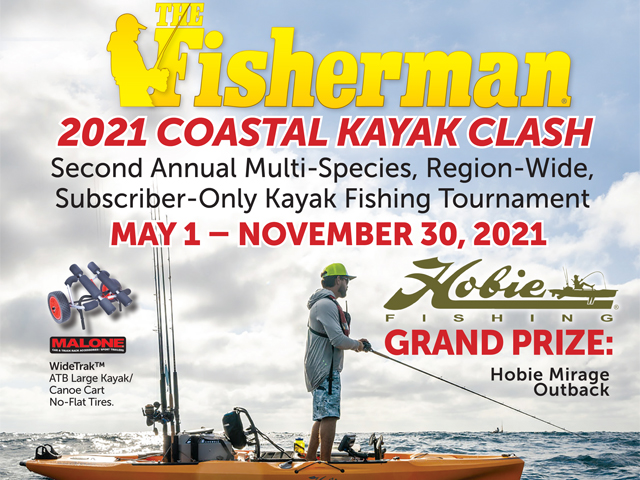 2020 was a difficult year, no one can argue that statement. But one of the positives was the amount of time that Americans were afforded in experiencing the great outdoors. From fishing to hiking, boating to kayaking, outdoor recreation took to the forefront of peoples’ lives like never before. And perhaps this is one of the big reasons why our inaugural Coastal Kayak Clash was such a huge and overwhelming success!
Literally from the moment that last year’s event concluded on the final day of November, I have been fielding constant inquires from my kayak brethren as to the status of the 2021 event. Well, here at last, after a ton of behind-the-scenes work, we finally have those details for you.

First up, we have a new title sponsor as our good friends at Hobie stepped up, and this year’s Grand Prize is an awesome Hobie Mirage Outback! The Outback is synonymous with kayak fishing, especially in the salt, and is one of the most popular fishing kayaks for good reason. Powered by the MirageDrive 180 pedal-drive system, this fine-tuned angling vessel is highly versatile, fast, quiet, and exceedingly nimble. The Grand Prize package also includes a Malone WideTrak ATB Large Kayak Cart with No-Flat Tires.

The 2nd place prize is sponsored by Humminbird and includes a HELIX 9 CHIRP MEGA SI+ GPS G3N fishfinder. The 3rd place prize packages will get your kayak outfitted in style and incudes a Malone Auto Racks WideTrak SB Large Kayak Cart with balloon beach wheels and a Striper-4 Fishing Rod Carrier as well as a great lighting package from Yak Lights. Both the ‘Fish of the Month’ ($100 Gift Certificate to YakAttack.com) and the ‘Largest of Species’ (PENN Clash II Spinning reel, a matching Fenwick HMG Inshore Spinning Rod and two (2) spools of Berkley X9 braid) categories return once again for 2021 as well, so there are a full 17 different ways in which you can take home a prize in the 2021 Coastal Kayak Clash.

From the beginning the Coastal Kayak Clash—CKC for those of us who like acronyms—was about easy participation having fun while fishing from a kayak. The only prerequisites for participation includes being an existing Fisherman Magazine subscriber, and registration and acceptance of all applicable rules at TheFisherman.com. With that in mind the CKC retains its harvest-optional format whereby entries are submitted via digital image and based upon total length of the fish. Participants may harvest a fish entered in the CKC so long as it meets local regulations, but there is no requirement to do so. The eligible species list remains the same as last year including nine of the most popular and sought-after inshore species for you to target throughout the season: weakfish, porgy/scup, fluke, sea robin, bluefish, black sea bass, blackfish/tautog and a combo ‘hardtail’ category which includes both false albacore and bonito.

As noted, fish entered in the Coastal Kayak Clash do not need to be harvested and/or weighed-in. Instead, participants must simply take a photo showing the complete and unobstructed length of the fish alongside a standard ruler with a free-standing rigid ruler, taped to your paddle ruler or a bump board measuring device being acceptable. A bent or curved fish length by way of a flexible sewing-type ruler will not constitute a valid entry. The entire ruler must be visible, and the official Coastal Kayak Clash tournament tag must also be visible and legible in the photograph with the photo taken on your kayak. (Download and print the official tournament tag at www.TheFisherman.com any time after the commencement of the tournament on May 1, 2021.) The nose of the fish should begin at the 0” mark’ and the tip of the non-pinched tail of the fish denotes the length. Measurements are to be made to the nearest ¼ inch. This means that if the measurement falls short of the nearest 1/8-inch mark then the length is rounded down, and if the length exceeds the nearest 1/8-inch mark then the total length is rounded up (tournament judges will have the final say on a given fish’s length.)

Photos may be taken with a camera phone or standard digital camera, just be sure that the photo is clear and both the ruler and tag are completely legible. You can save the tag to your phone to display on the screen in the photo, or alternately you can print it from the website. If you opt to print the tag, I suggest that you laminate it or simply pack it in a zip-lock bag to keep it dry. Some anglers have even covered their tags for other similar tournaments in clear packing tape, essentially making a poor-man’s laminate!

After photographing the fish you can keep fishing if you choose or submit the entry right away, just be sure to submit the fish entry within 5 days of the catch to be eligible for scoring. Entries are uploaded electronically via the submission page at TheFisherman.com, or emailed to a unique email address to be announced at the beginning of the tournament.

So head to TheFisherman.com right now, click on the Coastal Kayak Clash to register in advance of setting out for a day of fishing and maybe at the end of the year you’ll be rewarded with some great prizes. 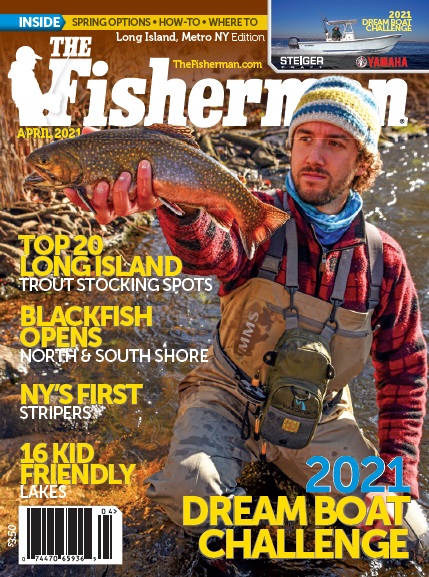 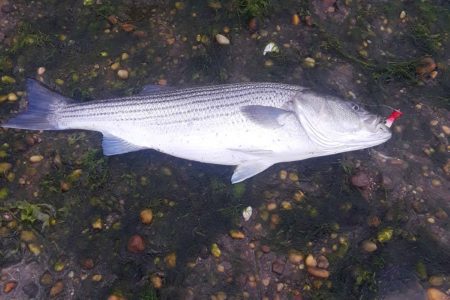 Offshore: Life On The Tuna Grounds

Using what you see on the surface to decipher what’s going on down below. 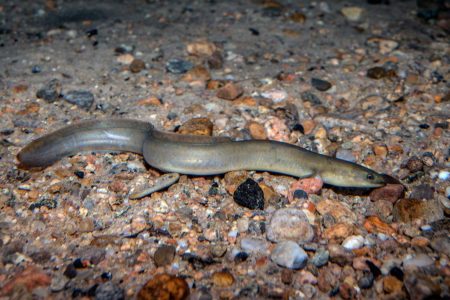